The ugly face of extremism. The shameful commemoration of the Valea Uzului 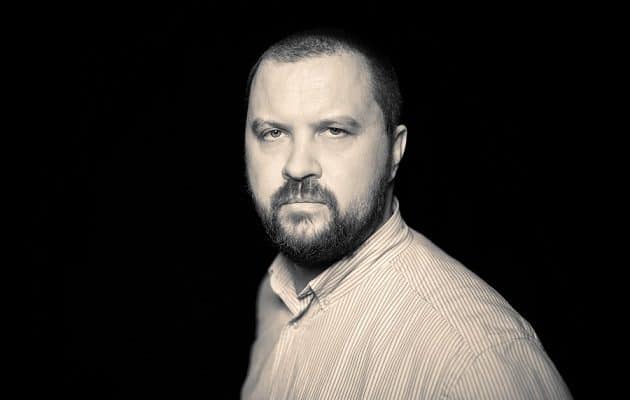 In a full electoral campaign for MEPs, one thought that it would not be bad to inflate the Romanian-Hungarian relations. We do not know exactly who that person is, but he has to be searched anywhere else than in the Dărmăneşti town hall. There was just a piece of a plan thought of by others.

It is hard to believe that after years of indifference to the fate of the heroes scattered on the homesteads, a mourner of the mayor could not sleep at night if he did not install fast, around the Easter holidays, 50 crosses of concrete in a cemetery administered 100 year old Hungarians living in a valley where no one goes, and the first settlement is 5 km away.

Obviously, someone encouraged him, blown his idea.

History of facts is well synthesized by Mugur Vărzariu, in an article published on Adevărul blogs. The details are relevant, but something else concerns us in this article: how easy it is to ignite an interethnic conflict, how fragile is in reality the majority-minority relationship and how the gap of mistrust between Romanians and Hungarians is alarmingly increasing.

I have not the slightest reserve to say from the start: those who lit the wick in the Uzza Valley were the Romanians, not the Hungarians.

It is totally unclear if one, two or more Romanians are resting in the cemetery in the Valea Uzului, besides the Hungarians, Germans and Austrians. It is the job of historians to clarify, it is certain that the Romanian cemetery left in the cave is some ten km away.

The more suspicious is the action of the Dărmăneşti Town Hall to install there crosses in the contempt of the law and any elementary norms of coexistence.

The origin of the conflict is therefore a profoundly illegal administrative act adopted by the Local Council on 29 March 2019, denounced as such by the Romanian side as well. Bacău prefecture subsequently asked, after the spirits had glowed, to cancel the act that permitted the constructions in the cemetery in the Valea Uzului.

The Hungarian side then committed all the possible gestures to inflame even worse an already complicated situation. The first reaction, coming from the Hungarian radicals, was to cover the Romanian crosses with black garbage bags.

In a stupid gesture of the Romanians, the Hungarians answered with a curse. The DAHR leaders were half-confined, unable to be accused of accomplice silence, and then tried to squeeze the maximum political capital from the event.

Three days before the election, Kelemen Hunor announced the breaking of the collaboration protocol with the PSD until it solved the problem in the Ushua Valley and demanded the sanction of the culprits.

The Hungarian leaders also called for the launch of criminal investigations for the profanation of graves and abuse of service, as the Romanians would have erected the cross without authorization, over the identified tombs of the Hungarian soldiers fallen in the First World War.

The Romanian side did not move a finger until the incidents on Thursday, no one started any investigation to prevent the local situation being degraded and no one was tired of closing a potentially explosive subject as soon as possible.

At this point, the Hungarians accused the double standard, the unjustified tolerance of the Romanian state in the face of an obvious abuse directed against them as an ethnic group.

Then the turn of the Hungarians came to show double speech and double standard. Harghita County Council President Borboly Csaba announced on 29 May that the mayor of Sânmartin commune Gergely Andras temporarily closed the 30-day cemetery at Valea Uzului temporarily.

“The military cemetery has become the focus of the challenges, and to put an end to this scandal, it has to be closed,” said Borboly Csaba. What originally seemed a test of responsibility quickly turned into pure incitement.

The same characters who announced a week ago the closure of the cemetery accompanied him a few days later with Deputy Prime Minister of Hungary, Semjen Zsolt, in the Uzul Valley where he gave a speech and deposited a flower in the cemetery, along with DAHR officials. In other words, the cemetery closed only for the Romanians, not for the Hungarians.

Semjen Zsolt’s visit took place the day before the Day of the Heroes Day in the Usa Valley, where they announced the presence of Romanian nationalist organizations and a priestly priesthood. Of course, the Hungarians’ gesture has been in the eyes of the Romanians as a new challenge.

Instead of promptly intervening and canceling any demonstrations for June 6 in the Valley of Uzus, as there is a clear risk that the event would degenerate into an inter-ethnic conflict, the Romanian Government, through Interior Minister Carmen Dan, make a calm call on Facebook Thursday morning.

It is all the more difficult to understand the passivity of the government as the violent Romanians were also members of the football galleries. It was hard to believe that DGIPI did not know their plans. Why has nobody made a decision to prevent an inter-ethnic conflict with disastrous consequences?

In such a situation, a firm intervention by the Romanian state would have been imposed, prohibiting the presence in the area of the Hungarians who had already announced that they would make a human chain around the cemetery and of the Romanian nationalist organizations scandalized and great deeds.

Was it not as simple as the gendarmes massaged at the gate of the cemetery to block the access road in the Valley of Ushuaia and to send everyone home until the brains warmed by the steam of extremism?

The behavior of the Romanians who broke the gate of the cemetery, hit the Hungarians with the flags (see the film of events made by HotNews.ro) and committed other acts of barbarism under the pretext of commemorating the Romanian soldiers is a national shame.

All those who have struck, destroyed and instigated in conflict must be criminally liable, exemplarily punished. The criminal file announced by the Gendarmerie should be handled as a book and sent to court as soon as possible.

Only so can confidence be restored and we can go on together, as Pope Francis urged us during his visit to Romania.

But it is difficult to go on together when two days after the Utah Valley incidents, DAHR leader Kelemen Hunor decrees that they show “the true face of Romania.” The statement is an incalculative offense of Romanians who mostly regard the Hungarian minority with the utmost tolerance.

Kelemen Hunor should apologize publicly, as well as the Dărmăneşti town hall and all those who have inflamed spirits in the Valea Uzului.

If we were to say that the wretches who wrapped the crosses with garbage bags or those condemned for acts of terrorism in Târgu Secuiesc represent the true face of the Hungarians? How would Mr. Kelemen Hunor feel?

In spite of this, the Romanian parties made possible the miracle that DAHR would enter the European Parliament, although it would not have theoretically no chance to pass the flag without the Romanians’ inexplicable help.

In spite of this, the Romanian parties made possible the miracle that DAHR would enter the European Parliament, although it would not have theoretically no chance to pass the flag without the Romanians’ inexplicable help.

It is very likely that the incident will be exploited to a great extent by Viktor Orban, who carefully builds his image of the protector and unifying of all the Hungarians in the Carpathian Basin.

That is why DAHR, totally dependent on Victor Orban and his policy, will seek to internationalize the unfortunate incident from the Valea Uzului, to which the Hungarian leaders have greatly contributed.

On the day when the whole of Europe commemorated the moment when the allies were disembarked in Normandy and honored their heroes in an exemplary manner, in a corner of Romania, Romanians and Hungarians mocked each other in the name of history.

A shameful moment, first of all for the Romanians, but also for the Hungarians. We should understand that we can not play either, nor others with so powerful symbols, with our memory and history, without risking our future. In order to truly go together, the past must be buried and left behind.

An ethnic Chernobyl can only be avoided if we cast a thick concrete slab over such conflict outbreaks.