Republicans discover that Orbán is an unreliable US ally 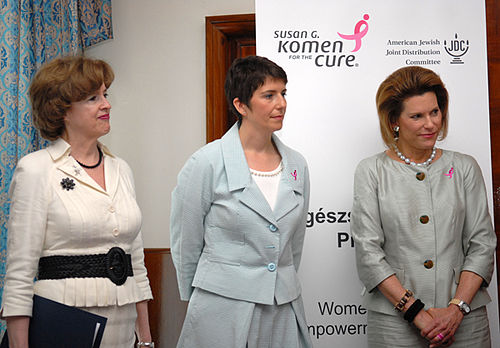 According to Nancy Goodman Brinker, the former US Ambassador to Budapest, Hungary is now a “former ally.” In a recent opinion piece at the über-conservative media site Newsmax.com, Brinker, a 72-year-old Republican concludes that Hungary’s alliance with the US has turned “unsavory.”

Brinker writes: “Two decades ago, Mr. Orbán was a centrist who praised the U.S. government for helping Hungary to escape Russian influence by joining NATO. Since that time, he’s gradually adopted more autocratic tendencies. He has slowly sought to undermine democratic institutions and the personal liberties of his people. What is perhaps most concerning, in recent years, has been the Prime Minister’s attempts to align his nation more closely with Russia and China, fervent opponents of American influence.”

Brinker quotes the Senate Foreign Relations Committee’s description of Hungary’s “downward democratic trajectory and the implications for U.S. interests in Central Europe.” Orbán follows Putin’s playbook as “to this day, Orbán continues to stand in the way of cooperation between Ukraine and NATO.”

Indeed, Orbán’s close friendship with Russian president Putin is worrisome. Hungary’s anti-Ukraine propaganda mimics Russia’s as Putin claims that Ukraine violates ethnic Russian minority rights in Eastern-Ukraine and Orbán echoes that Ukraine violates ethnic minority rights of the small Hungarian community in Western-Ukraine. Romania and Poland are not friendly with Putin and those countries do not sabotage Ukraine’s NATO cooperation despite the larger Romanian and Polish minorities in Ukraine.

Last August, at Lake Hope, Ohio, The Hungarian Communion of Friends hosted Orbán’s top lobbyist in Ukraine, Mr. László Brenzovics, the president of the Cultural Alliance of Hungarians in Transcarpathia and an ex-member of the Ukrainian Parliament. The Hungarian American Coalition, another US non-profit organization, also invited and honored Brenzovics at a gala event and the Coalition delegation visited Ukraine in 2017. Coalition President, Ms. Andrea Lauer Rice also met with Ms. Ildikó Orosz of the Transcarpathian Hungarian Institute and with Hungarian diplomat, Mr. István Grezsa.

This lobbying irritates Ukraine. Recently the acting Foreign Minister, Yehor Bozhok expressed concerns over Hungarian interference in Ukraine’s domestic political life and elections. “The Ukrainian side is concerned about the recent meeting of Prime Minister of Hungary Viktor Orbán with Head of the Hungarian Culture Society, member of the Parliament of Ukraine László Brenzovics in Budapest, a number of visits made by Hungarian officials to the region and public statements in support of a number of candidates at Ukraine’s snap parliamentary elections scheduled for July 21, 2019.” Kiev has asked them to refrain from the visits and stop campaigning in the region.

The Coalition has even recruited Gov. George Pataki to lobby in the region. The uninformed Pataki travelled to Ukraine with Mr. Maximilian Teleki, one of the Coalition leaders, to meet with a handful of Orbán loyalists. They promised to raise “the plight of the Hungarian minority at the State Department.”

None of these Hungarian American organizations contacted local Ukrainian politicians or our own US diplomats in Kiev. The US has already warned Hungary not to sabotage Ukraine’s NATO relations: “Now more than ever, Russia is testing the West,” thundered US Ambassador to Budapest David Cornstein.

The Hungarian American Coalition and The Hungarian Communion of Friends are both pro-Orbán organizations and refuse to publish (or discuss) their finances. They work closely with Hungarian diplomats in Washington DC and both organizations receive substantial financial and other support from Budapest to act as (possibly illegal) lobby organizations.

Last year we urged the Hungarian government to stop blocking Ukraine’s NATO and EU integration. Now Orbán’s Republican friends have started to realize that Hungary is not a trusted US ally anymore and its actions undermine American and NATO interests.