Ioan-Aurel Pop rejects allegations of collaboration with the former Securitate 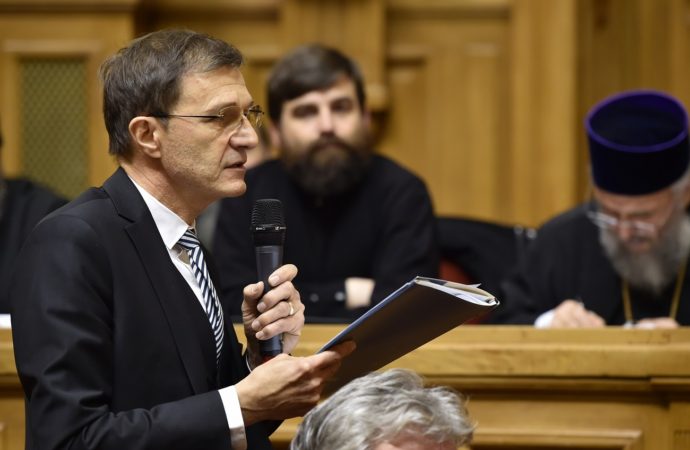 In a statement made on Thursday to the press, the academician explained that between 1985-1987 he taught some articles of popularization of our history, demanded by the then rector of the university.

“I have not signed any collaboration agreement with any form of Securitate, internal or external. But, asked by my teacher, academician Stephen Pascu, former rector of UBB, I handed over, between 1985-1987, some articles popularity of our history, ‘for a publication of Romanian emigration’ (as he told me), and he then brought me two issues from a magazine in Germany, even if I wanted to refuse, I could not, for that he was my head of the chair and my doctoral supervisor, on the other hand, publishing before 1989 abroad was almost unimaginable, it was also important for the reporting of research activity, and publishing possibilities (apart from party propaganda) Professor Pascu was free to travel, and I was convinced that during his travels he had been asked to give history material … I think that’s why they appear on that list published in Revista 22. Another reason does not exist! otherwise, in front of my name it is NOT! “, declares the President of the Romanian Academy and rector of Babes-Bolyai University, Ioan-Aurel Pop.