Harghita: The CC sees the NCCD, claiming that Hungarian students are discriminated in the way of learning the Romanian language 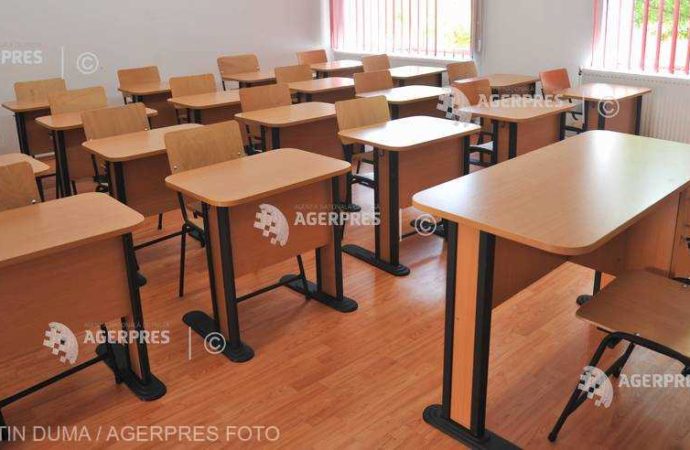 County Council (CC) Harghita will notify the National Council for Combating Discrimination (CNCD), claiming that Hungarian pupils are discriminated in the way of learning the Romanian language and that the educational system does not provide support and solutions in this respect.

The proposal for complaint was presented on Friday by CC President Borboly Csaba in the ordinary meeting of this body, in a document stating that the intention of members of the Hungarian community is to deepen their knowledge of Romanian, but efforts are obstructed by the current education system, which they call it “discriminatory”.

In the complaint to the NCCD there are cited articles from the Education Law, which shows that “in the pre-university education with teaching in the languages ​​of the national minorities, all subjects are studied in the mother tongue, except for the subject Romanian Language and Literature, which will be taught throughout the pre-university education” according to curriculum and textbooks specially developed for the respective minority”.

According to the document, although these provisions came into force in 2011, they have not yet been implemented, the discipline being handed over to pupils from Hungarian language sections by programs and manuals used in Romanian-language teaching establishments.

“Through this passive attitude and due to lack of measures on the part of the ministry (note: Ministry of Education), a discriminatory situation was created, based on criteria of nationality, ethnicity and language, as a result of which we were constantly disadvantaged during the school years  compared to the pupils of the Romanian schools, which culminated in the poor results obtained by the pupils from the Hungarian schools at the national Baccalaureate exam, in comparison with the efforts made and the grades obtained in the other subjects. Therefore, rights of pupils’ from Hungarian schools were violated on the basis of access to education and training on equal terms, the Romanian pupils – having their Romanian mother tongue – benefit from an unjustified advantage both in the process of learning Romanian language and literature followed by the Baccalaureate exam, as well as on the possibilities of continuation of the studies, respectively the future career development”, shows the complaint which is to be submitted to CNCD.

It is also argued that the lack of special programs and manuals is equivalent to the application of differentiated treatment, the granting of privileges to pupils in schools with teaching in Romanian, an approach that finds no rational justification or objective or reasonable motivation, and this means the violation of several principles of the Education Law: the principle of equity, on the basis of which access to learning is carried out without discrimination, the principle of equal opportunities and the principle of centering education on beneficiaries.

The complaint also refers to the results of a recent study on the subject, which shows that there is an interest and a need for learning Romanian language among Hungarian pupils but also parents and teachers, however, the current education system does not encourage this and this discipline becomes unattractive.

“Following the curriculum and using the textbooks for Romanian language teaching facilities and the lack of the option for special programs and manuals developed for the Hungarian minority, Romanian language cannot be deepened, even though most students learn at home an average of one hour a day. In these conditions, the discipline becomes unattractive, lacking the sense of success among the Hungarian students, who, in the absence of opportunities to communicate in Romanian in a region inhabited by the Hungarian population, considers that the curriculum contains too many requirements of a high complexity. As a result, the study of English favorized, whose content and teaching methods are more accessible”, the complaint further states.

At the end of the document it is stated that, based on the reasons given, “there is a legitimate suspicion of discrimination on the grounds of nationality, ethnicity and language” and NCCD is asked to analyze the situation, to sanction all forms of discrimination and to take legal measures.

“Taking into account all the reasons given in the present, there is a legitimate suspicion of discrimination on the grounds of nationality, ethnicity and language of the pupils in the pre-university schools and units with Hungarian teaching, both regarding the learning program and textbooks, as well as concerning the way of correction and evaluation of the Baccalaureate exams from the discipline of Romanian Language and Literature, which is why, according to the attributions contained in article 19 of GO no 137/2000, we request the analysis, verification and investigation of the case and sanctioning all forms of discrimination, including taking any measures that fall within your institution’s competence”, says the end of the document in the proposal phase.

CC Harghita’s president, Borboly Csaba, told the press that he also complained about the correction of the Romanian Language and Literature Baccalaureate exam, starting from the fact that “almost 70-80% of the contestations were accepted” and the Hungarian students’ grades grew sometimes with four or five points.

Borboly called for equal treatment for Hungarian children and said that an address would also be sent to the People’s Advocate, saying there was no support in the Ministry of Education to solve the problem.

the People’s Advocate, in which will also inquire to analyze the situation and to take some measures regarding the learning of the Romanian language. It was seen that in the Parliament UDMR proposed what they could, but the minister’s orders and methodologies, programs and the rest are not made in Parliament, they are made in the kitchen of the Ministry of Education, and there we really lack support and we expect much more, even from the Department of Minorities, so we can help and give conditions to children to learn Romanian”, Borboly said.

He added that the institution he runs will continue to support all activities that help Hungarian pupils to learn Romanian.

Borboly presented the complaint to the County Councilors and asked them to sign it, stating that he had already done so. Also, the president of the CC told the press that the document will be sent on behalf of the County Council, but will urge teachers, pupils, as well as young people who have not passed the Baccalaureate exam because of the problems of the Romanian language to send similar complaints to the CNCD.