South and Eastern Europe are more afraid of emigration than immigration: A survey made in 14 countries reveals that some Europeans are now in favor of “controlling emigration” 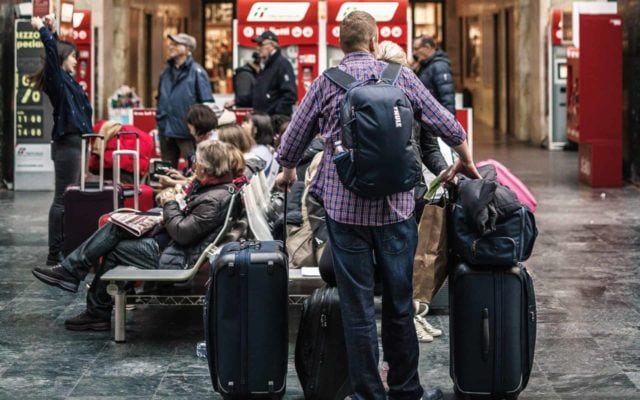 According to a vast survey of opinions expressed in 14 countries in the European Union, southern and eastern European countries are more concerned with emigration than immigration, according to a review published in The Guardian and taken over by Rador.

In Spain, Italy, Greece, Poland, Hungary and Romania, six of the countries where the population is either extremely low or falling sharply, more and more citizens say emigration is more worrying than immigration, according to a poll conducted by European Council for External Relations (ECFR).

The worst declines are registered in Romania, where the population has fallen by almost 10% in the last decade, especially because young people go to work in Western Europe.

However, in the Nordic and Western countries, concerns about immigration far outweigh those on emigration.

The survey was conducted to determine what would be the main concerns before the European Parliamentary elections in May. The 14 consulted countries will occupy 80% of the total seats of the new parliament.

The poll found that although the subject dominated EU policy and rhetoric over the five-year mandate of the old parliament, Europeans are more concerned about issues other than migration. Many people think primarily about corruption, nationalism, terrorism and climate change.

At the general survey level, 20% were worried about emigration and 32% of immigration. The survey was conducted by YouGov and nearly 50,000 people were surveyed.

In some countries, fears about emigration have become so great that many people felt that their compatriots should not be allowed to leave the country for a long time.

“EU elections have been recommended as a fight for the heart of Europe,” said Mark Leonard, ECFR director, adding that nationalists are trying to turn the vote into a referendum on migration.

“The findings of this survey should encourage pro-Europeans and show that there are still votes to be won for major issues such as climate change, medical treatment, housing and living standards,” Leonard said. “It would make a big strategic mistake if it accepted the catalog of anti-European parties, according to which elections will be won or lost only because of migration.”

Populist leaders, such as Viktor Orbán from Hungary and Matteo Salvini from Italy, seek to make migration the main issue and at the same time the core of the elections on May 23-26, when 374 million Europeans will vote the new parliament for the next five-year term. Recently, Orbán’s government appealed to a scarecrow poster, warning about Brussels’s migration policy.

Hungary refused to take refugees under the EU’s quota system and continues to block a European law proposing a permanent redistribution system for asylum seekers. The poster was dedicated to this subject, and the text was as follows: “They want to introduce some mandatory relocation quotas.”

Although Orbán reduced his media attacks following the pressures exerted by his allies in the European People’s Party, he made it clear that he could resume his anti-EU campaign. “Now, it is our duty to keep people informed about Brussels’ plans.”

But in the last two year’s immigration figures have fallen sharply: according to UNHCR in 2018, the number of people crossing the Mediterranean exceeded by 116,000, almost 90% lower than the number of those who were on the road in 2015.

The poll found that Islamic fundamentalism is the main concern – one in five Europeans worried about it – although worries are much higher in countries like Belgium, France and Netherlands than in Eastern Europe.

In almost all countries, most of the respondents agree that environmental issues should become a priority, even if this would affect economic growth.

But figures have also shown that worries differ across countries, meaning that the elections will have different stakes at the continent level.

In Italy, Romania and Greece, the economy is the only major concern. In seven countries – Hungary, Italy, Poland, Romania, Spain, Greece and Slovakia – more than 50% of respondents said that corruption is a major issue.

Some experts have warned middle-class and traditionalist parties not to accept pros and cons of the EU, fearing that this would encourage populists to spell out their frightening arguments.

As a matter of scale, European elections rank second in the world after those in India. Voters from 27 countries are expected to elect 705 MEPs, who will take office on July 2. The United Kingdom is not scheduled to participate and will have to inform the EU by April 12 if it wants to elect its members, which means a long delay of Brexit.